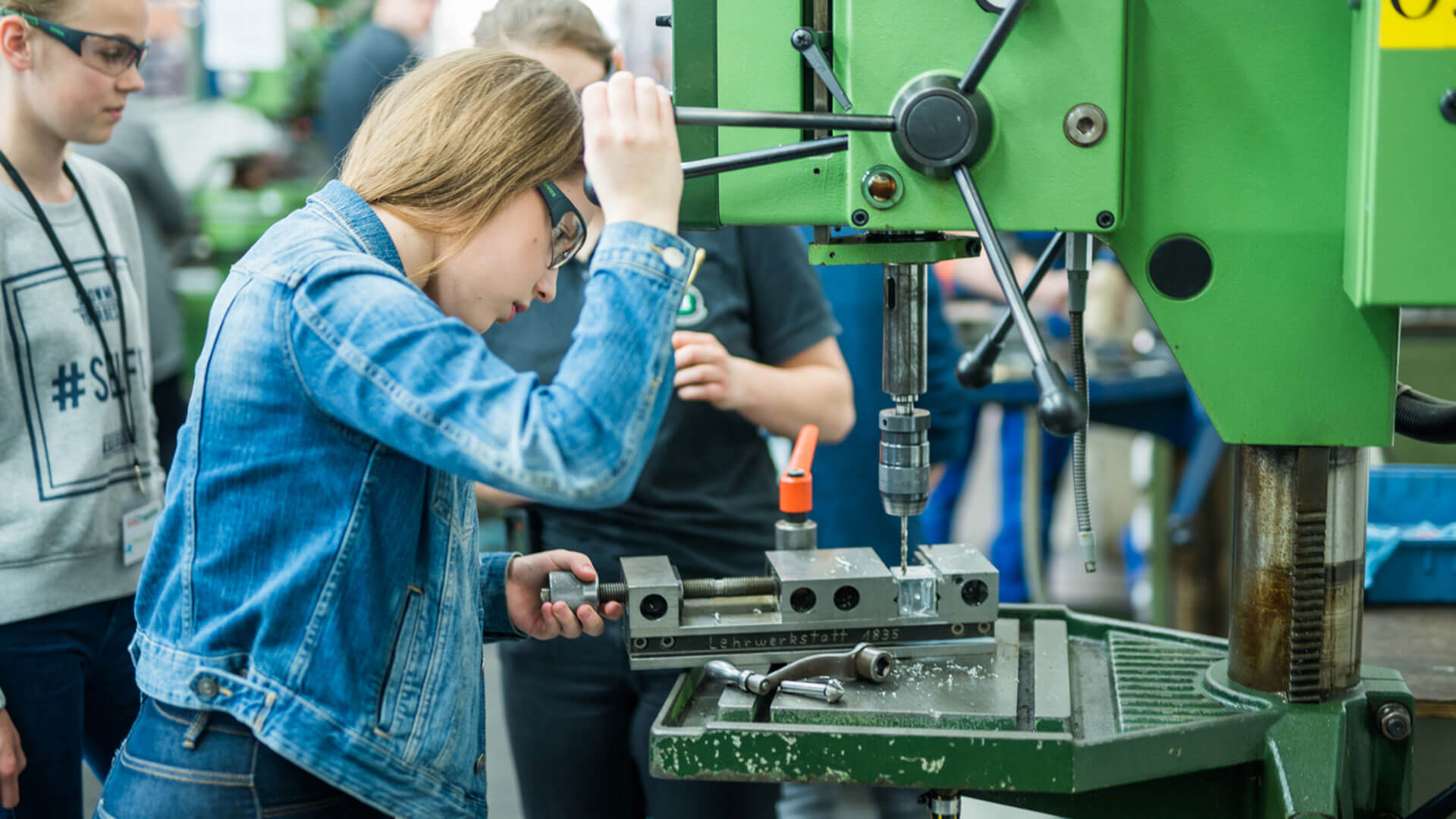 “It’s meant to be cool here!” 20 pupils arrived at Kesseböhmer in Dahlinghausen with this expectation for the national Girls’ & Boys’ Day on 26 April 2018. There they were offered a carefully put-together programme that was intended to spark their interest in vocational training at the company. The questionnaires at the end of the day confirmed that their expectations had been totally fulfilled.

It is also a confirmation for Kesseböhmer that they are on the right track with their programme to look out for a new generation of skilled employees at an early age. The company also gave the eight girls and twelve boys a chance to test their talents in commercial and technical occupations at this year’s action day.

The day began with a “getting to know you” game starting with a film introducing Kesseböhmer. The visitors were then able to see for themselves what they had watched in the film. They gained an impression of Kesseböhmer’s diverse product world during a guided tour of the showroom in the half-timbered building. Walking through the administration department gave them the opportunity to find out about careers in commerce. At the centre of the tour of the plant they were then introduced to industrial and technical occupations.

At a few workstations, some of the young visitors also met their parents and relations who work for Kesseböhmer and provide support in their career choices. Having their photos taken together at the workplace brought the first part of the day to a close.

The slogan for the afternoon was: “Have a go!” The best part of the day for the boys and girls proved to be a treasure hunt; they were allowed to go around the departments on their own in small groups and solve various tasks. These included decorating the “LeMans”, a classic Kesseböhmer product for the corner of a kitchen base unit, manufacturing an aluminium dice to take home, driving a forklift truck and trimming a stainless steel mobile phone holder with their name and date to take home.

At the end of the treasure hunt the kids received a gift bag and a hoodie from the Kesseböhmer collection. They looked back on the day by filling in a questionnaire. The general feedback was that it had been informative and “there were lots of interesting things” at Kesseböhmer and the Girls’ & Boys’ Day had helped them all with their career choices.

Since Kesseböhmer recruits most of their young skilled employees from their own ranks, the company employs around 160 trainees and students on dual work and study programmes and hires about 50 new trainees every year at the Bad Essen and Bohmte sites alone. Many of them remain loyal to the company after completing their training.