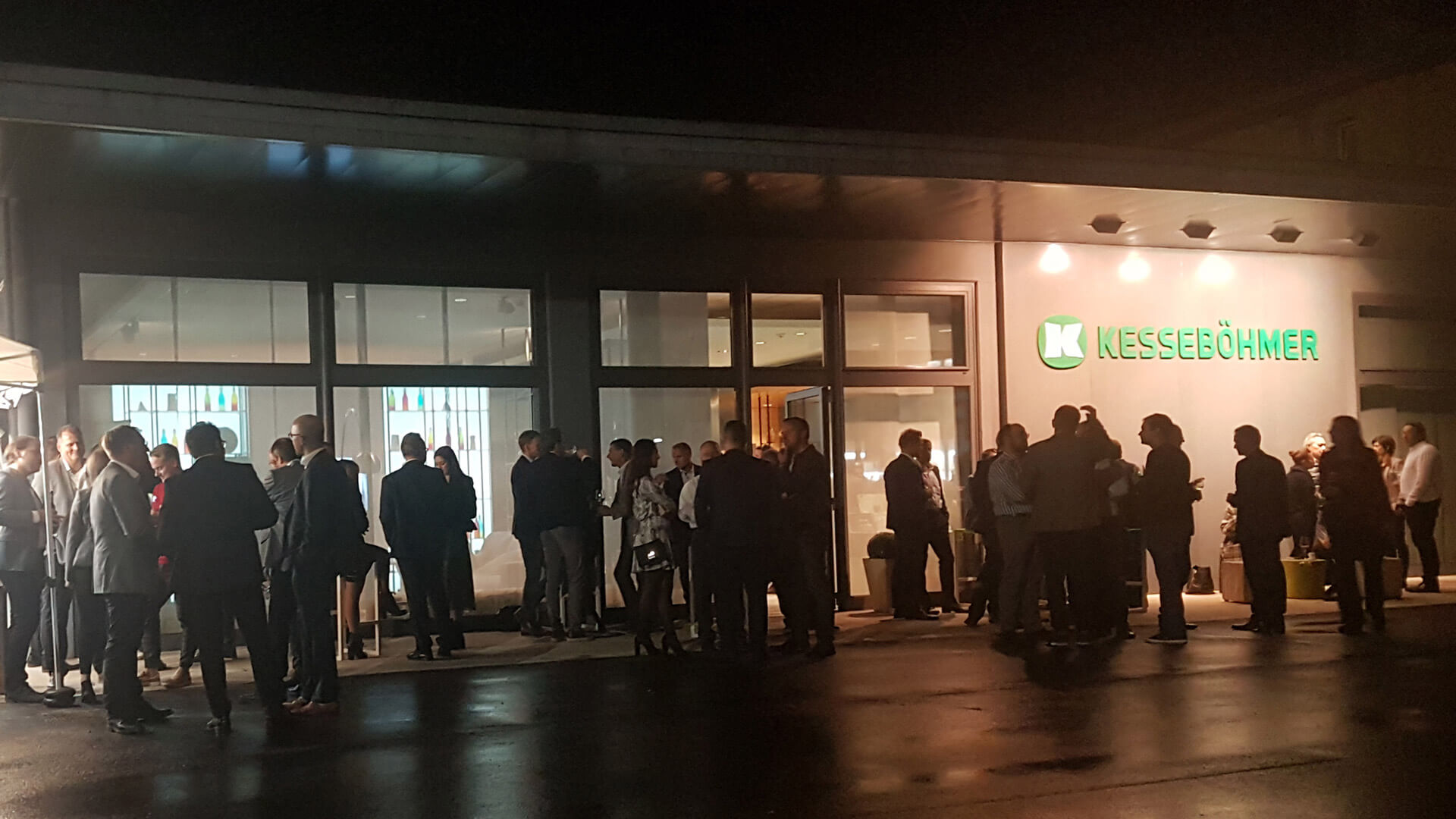 “Driving the future” in Italy

Kesseböhmer gears itself up at SICAM for EUROCUCINA

“Successo a tutto tondo” would be the best way to sum up the eleventh edition of SICAM Pordenone. The trade fair, which completely dispenses with frippery and elaborate staging, holds its own at a high level in its eleventh year of existence. Around 600 companies exhibited components, accessories and semi-finished products for the furniture industry and interior design in ten halls covering 16,500 square metres. Kesseböhmer from Bad Essen in Germany was among them, using the opportunity to place its innovations for the effective use of storage space primarily with the Italian kitchen manufacturers under the banner “driving the future”.

As at Interzum earlier in the year, the topics at the trade fair focussed on the biggest trends of our time: individualisation, urbanisation, digitalisation and reduction to the essentials. With the small but mighty “FREEspace” flap fitting, Kesseböhmer sent a clear signal to the market again in Pordenone that they are right at the forefront as an innovator in the field of discreet lifting technology “FREEspace” is a much pared-down design with minimal installation depth and slim front connection. The fitting with integrated cushioning when closing covers a wide range of front panel heights – including push-to-open versions.

The clever kitchen aid “SpaceFlexx” attracted particular attention in Pordenone. This is the first organisation system which masters the chaos of storage containers. The insert for pull-outs, which Kesseböhmer developed jointly with users, consists of flexible and effective ‘nesttex’; storage containers of different sizes and shapes along with their lids can be stowed away neatly inside, saving space and dispensing with the need to spend time pre-sorting them.

How can a small kitchen measuring six square metres be designed to be practical and user-friendly with intelligent fitting solutions? This was a much discussed topic again in Italy. In their “urban smart kitchen”, Kesseböhmer demonstrated how technology can make the best use of storage space in a compact area, creating overview and easy access to the contents. The “Smart Box” has made the fittings in question ready for use in the smart home so that they can also be voice-controlled. The “TopSwing” was particularly well received in Pordenone. This child-safe folding dining table hangs on the wall to save space and can be lowered gently when needed after activating the one-handed release mechanism thanks to integrated damping.

Holzwerk Rockenhausen completed the SICAM exhibition line-up, showcasing their potential for innovation in the development of high-quality interior fittings for drawers and pull-outs. The specialist displayed a flexible entry level range, the “CombiLine”, which works with some vertical but predominantly horizontal dividers, as well as an accessories line. Furthermore, in addition to wood, Rockenhausen will be focussing in the future on “OrganiQline”, an innovative, sustainable material that has been developed so it is ready to be used in production.

According to the organisers, 69 percent of visitors to SICAM came from Italy and 31 percent from another 109 countries, with Germany leading the way. A result that Kesseböhmer can also confirm, although they also welcomed numerous visitors from Russia, France and Austria. “In the year leading up to Eurocucina, we are naturally pleased that there is such a large presence from the host country,” says Kesseböhmer’s Managing Director, Burkhard Schreiber. He added that the fact that so many German customers made the trip to Italy the same year that Interzum was held, testified to a good and lively partnership which was highly appreciated at Kesseböhmer. Like every year, the company sent out invitations to join them one evening at the showroom in Motta di Livenza. The hosts and their guests enjoy good conversation in a relaxed atmosphere over an Italian meal and Venetian wine.